“O Catholic faith, how solid, how strong you are! How deeply rooted, how firmly founded on a solid rock! Heaven and earth will pass away, but you can never pass away. From the beginning the whole world opposed you, but you mightily triumphed over everything. This is the victory that overcomes the world, our faith. It has subjected powerful kings to the rule of Christ; it has bound nations to his service. What made the holy apostles and martyrs endure fierce agony and bitter torments, except faith, and especially faith in the resurrection? What is it that today makes true followers of Christ cast luxuries aside, leave pleasures behind, and endure difficulties and pain? It is living faith that expresses itself through love. It is this that makes us put aside the goods of the present in the hope of future goods. It is because of faith that we exchange the present for the future.”
~the last sermon of St Fidelis of Sigmaringen before his martyrdom.
Avtor MAŠNIK PODRŽAJ ob 05:34 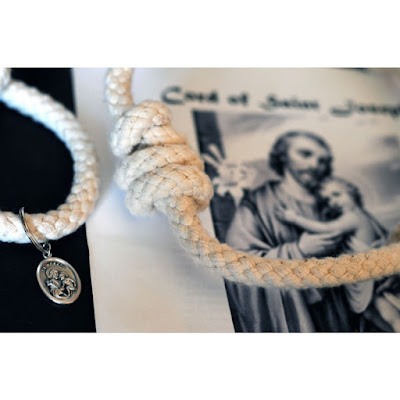 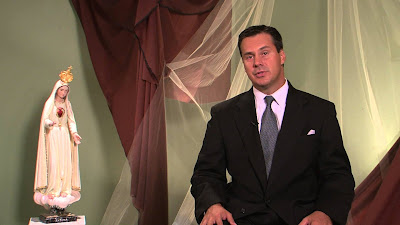 April 7, 2017 (LifeSiteNews) – A top Vatican cardinal and several other high-ranking prelates have praised a new book on what the Catholic Church's relationship with the "LGBT community" should be, written by progressive Jesuit Father James Martin.

Martin's book is titled Building a Bridge: How the Catholic Church and the LGBT Community Can Enter into a Relationship of Respect, Compassion, and Sensitivity. Religion News Service reports that in the book, Martin says "church leaders should address LGBT people by the term they call themselves."

The Kolbe Center <howen@shentel.net> Dear Friends of the Kolbe Center, Christ is risen! Alleluia! A few years ago, a high-ranking churchman with a reputation for being traditional took part in a televised debate with Richard Dawkins. The debate took a drastic turn when the churchman announced that: Adam and Eve are terms that mean 'life' and 'earth'. Like an Everyman. It's a beautiful, sophisticated, mythological account. It's not science. But it's there to tell us two or three things. First of all that God created the world and universe. Secondly that the key to the whole universe is humans. And thirdly it's a very sophisticated mythology to try to explain the evil and the suffering in the world....It's a religious story told for religious purposes. In reality, as those who have studied the material on the Kolbe website understand, it is evolution that provides a very sophistical mythology to explain the origin of man and the universe. But Dawkins, a devout believer in that mythology, showed himself better able than the high-ranking churchman to recognize the fundamental importance of Adam and Eve when he replied to the above comment by asking: Ah, well, I'm curious to know, if Adam and Eve never existed, where did Original Sin come from? The answer, of course, is that, if Adam and Eve never existed as the first parents of all mankind in a state of original holiness, then the god of theistic evolution created man with the same fallen nature that he has today or in a condition in which man's fall into his present condition was inevitable. In the theistic evolutionary system, god is always the author of evil, including the natural evils of death, deformity and disease, and thus it makes no sense for Our Lord Jesus Christ to have assumed a human nature so that He could bear the punishment that our first father Adam justly incurred for his sin. For those who have attended the liturgical services for Holy Week and Easter this blasphemy ought to be especially repulsive, because of the continual reminders th

Europe in the Crossroads between Immigration & Communism

The overall atmosphere over here in (continental) Western Europe has drastically changed ever since this new Muslim invasion was allowed in back in 2015. I'm working as a taxi driver, and from what I can hear from my customers, fear is spreading everywhere.

Ladies are afraid now to walk their dogs on their own (and also in rich neighborhoods); they arrange instead with neighbors and go out together. So many rapes occur now, also assaults, robberies, thefts, it's really frightening (and the ruling Left would like to tell everybody they are just paranoid, resp. threaten people into shutting up).
Več o tem »
Avtor MAŠNIK PODRŽAJ ob 07:22

This past April 4, we lost a long-term colleague and contributor to the TIA website.

We had the pleasure to have John Vennari as a co-author of our We Resist You to the Face, a manifesto, later published in a book-form. In it we explained to John Paul II we could no longer follow many points of the orientation he was giving the Church that implied changes in the Catholic Faith, Morals, Exegesis and many other fields. We had the obligation of conscience to resist those points that we considered contrary to Catholic doctrine. This open letter proposed a dialogue to clarify our doubts.
Več o tem »
Avtor MAŠNIK PODRŽAJ ob 07:18


One of the tragic consequences of the widespread acceptance of theistic evolution is that it is always accompanied by a loss of faith in the inerrancy of the Bible as defined by the First Vatican Council. According to the Council's decree on Scriptural inerrancy, the Bible is free from error, not only in regard to matters of faith and morals, but in all that it affirms. When Dr. Thomas Seiler and I recently gave a series of seminars in various parts of the United States, we were twice confronted by the objection that the Bible contains errors in regard to natural science and that the account of the habits of the ostrich in the Book of Job, Chapter 39, offered a clear example of this.