Dear Friends of the Kolbe Center,

Pax Christi!
I am writing to you from Krakow, Poland, where Dr. Thomas Seiler and I have come to participate in World Youth Day. On Tuesday, we attended the catechesis of Bishop Athanasius Schneider in the Church of the Conversion of St. Paul as well as the Pontifical Mass that he offered after the catechesis. Yesterday, we were able to give a twenty-minute presentation to the young people gathered in the same church, after the Primate of Ireland gave a catechesis in which he providentially quoted Pope Benedict XVI's statement that man is not "a meaningless product of evolution." You can view the presentation that we gave on Youtube here.

In the end, my Immaculate Heart will triumph.

28. July 2016 · Write a comment · Categories: Catholic Commentary, Islamic persecution of Christians, The Humble Pope, The Passion of the Church · Tags: Father Hamel, Pope Francis and Islam, Pope John Paul II
This Tuesday past, an elderly priest, Father Jaques Hamel, was the first to usher in the age of islamic triumph that the current Pope has been inviting by his actions and rhetoric since the start of his pontificate. In this, he is perfectly in line with the example of his predecessor John Paul II whom he recently canonized. The elderly priest had his throat slit in ritual islamic fashion, while being forced to kneel before the altar where he was offering Mass.

Do not be blind to the significance of this act of submission!
Only the most obtuse would fail to see that islam is at war with the West and especially with the Catholic Church. Ever since Pope John Paul II kissed the Quran, the leaders of the Church have done all in their power to assure muslims that the Church will never even hint at the truth. Even after the brazen murder of an innocent Catholic priest during Mass, Pope Francis refuses to speak the truth (source) and thus fails to protect his flock.

Nadškof Marcel Lefebvre je povedal za časa življenja, da je Francija vsako leto uvozila na deset tisoče muslimanov iz Afrike. Sedaj pa mora imeti celo divizijo - 77000 vojakov - pod orožjem samo za boj proti džihadu.
Zadnja žrtev džihadistov je 84 let star duhovnik v Franciji.
Koliko bo še potrebno žrtev, da bodo narodi spoznali, da je potrebno dati v ustave 10 Božjih zapovedi in priznavanje samo ene, od Boga razodete Katoliške vere in Cerkve?
************
One of a pair of ISIS knifemen who stormed a church in Normandy before slitting the throat of an elderly priest has been named as known terror threat Adel Kermiche.
The 19-year-old 'ISIS soldier' was being monitored with an electronic ankle tag after he was arrested for twice attempting to flee France to join the terror group in Syria.
Despite having been released early from prison, Kermiche's bail conditions allowed him to roam unsupervised between 8.30am and 12.30pm, leaving him free to murder the priest in the attack carried out between 9am and 11am.
Kermiche and his accomplice - also known to French police - forced 84-year-old Father Jacques Hamel to kneel before filming themselves butchering him and performing a 'sermon in Arabic' at the altar of the church in Saint-Etienne-du-Rouvray, according to witnesses.
Both were shot dead by police marksmen as they emerged from the building shouting 'Allahu Akbar' following the attack that also left a nun critically injured.
Sister Danielle, a nun who escaped, said: 'They told me "you Christians, you kill us". They forced him to his knees. He wanted to defend himself. And that's when the tragedy happened. They recorded themselves. They did a sort of sermon around the altar, in Arabic. It's a horror.'

French President Francois Hollande, who visited the scene on Tuesday, said the country is now 'at war' with ISIS after the terror group claimed responsibility. This morning, French religious leaders joined forces to call for reinforced security.

Respect for Tradition Absolutely Does Not Impede True Progress

July 25, 2016
From a speech of Pius XII to the Professors and students of the Liceo Ennio Quirino Visconti of Rome, February 28, 1957:

It has been correctly noted that one characteristic of Romans, almost a secret of the timeless greatness of the Eternal City, is their respect for traditions. Not that such respect implies a fossilization in forms that time has left behind; rather, it means keeping alive what the centuries have proven to be good and fruitful. Tradition, in this way, does not in the least obstruct healthy and happy progress, and yet at the same time it is a powerful stimulus to persevere along the right path, a brake in the adventurous spirit inclined to embrace all novelty indiscriminately; and it is also, as we say, a warning signal against decadence.
Avtor MAŠNIK PODRŽAJ ob 02:21

Pray.  If you want to become saints, pray. The Saints themselves have taught as much. They became saints by fostering prayer, placing Our Lord above all things. The Church fosters this in her spiritual and devotional life, especially through the Sacraments. Scripture attests to the power and efficiency of prayer, even saying that we should pray without ceasing.  A thought: If we do not spend time with Our Lord here on this earth and enjoy His company, how can we be happy in Heaven for eternity? A lack of prayer is the primary reason for why  a desire for eternity has been all but lost, since not much thought is given to Christ on this earth.  Without prayer, we cannot be holy or live a good Christian life in accordance with the laws and Commandments laid down for us for our eternal salvation.
Več o tem »
Avtor MAŠNIK PODRŽAJ ob 05:48 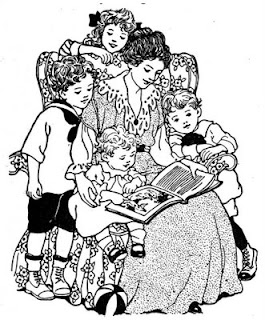 For those who homeschool, especially for those either just starting or with all fairly young children in their early educational years, we don't have to tell you -- it's hard. It's really hard.

If you read some of the homeschooling blogs, while they mean well, they often leave you with the feeling that homeschooling should always be this wonderful, permanent joy. It should always feel like that painting of mother in her chair with the perfectly behaved little ones at her knees listening to each and every word emanating from her mouth.

A traditional priest has recorded a short but very inspirational reminder of why you homeschool and why you must keep at it.

July 21, 2016 (LifeSiteNews) – Cardinal Robert Sarah’s encouragement of priests to face the tabernacle with the faithful during Mass and for the faithful to receive Holy Communion kneeling created quite the stir! The Vatican, which is famous for silence or ‘reacting in centuries’ in the face of some of the most severe scandals even concerning Cardinals, this time reacted with lightning speed.
The very next business day after Cardinal Sarah returned from his trip where he made his suggestion for traditional worship, Vatican spokesman Fr. Federico Lombardi put out a press release. The day after that the US Bishops Conference put out their own release referring to the Vatican telling priests, there is no “new mandate for the celebrant to face away from the assembly.”

From Vision Eleven, Scivias, The Figure of a Woman.


St. Hildegard’s Vision of the Five Beasts includes another vision, that which she refers to as, “The Figure of a Woman”. This is the strange figure in the woodcut below:


Pope Francis was right when he said more than a year ago that “a third world war was already in progress", fought “bit by bit”, but it’s necessary to add that it’s a war of religion, given that the motives are religious by those who have declared it, and even the homicides perpetrated in its name are ritualistic.
Več o tem »
Avtor MAŠNIK PODRŽAJ ob 01:03

The Modernist Ruse Behind the Bergoglian Pontificate

The Modernist Ruse Behind the Bergoglian Pontificate

by Christopher A. Ferrara
The very essence of Modernism is to deny what the Modernist appears to be affirming.  Doubletalk is the language of Modernist theology.

A classic example of this Modernist deception is a recent article by Thomas Rausch, SJ which appeared in Civiltà Cattolica, the supposedly authoritative pontifical Jesuit magazine whose contents are vetted by the Vatican. The title alone alerts the attentive reader that another Modernist con job is in the offing: “Doctrine at the service of the pastoral mission of the Church.”
Več o tem »
Avtor MAŠNIK PODRŽAJ ob 01:01


Consider what protestantized liturgy and Communion in the hand have done to the faith of the Catholic people. Clearly, it has destroyed it:

A return to Catholic Tradition is the only way to get it back.

I shot this video this year during the 3-day, 2-night pilgrimage to Chartres, France. You'll forgive me as I forgot to orient my phone properly, but you get the idea--10,000 young Catholics kneeling on the hard and rocky ground, receiving on the tongue and from priests only.

Dear God, help us to recover what we've lost -- faith in you that could change the world,  hope in you that would banish all fear, and  love for you that meant more to us than anything else in this world.

Please, God, teach us to be Catholic again.

Damsel of the Faith & Knight of Tradition <comment-reply@wordpress.com> damselofthefaith posted: " In addition to the June 29 statement, Bishop Bernard Fellay has issue another Communique to members of the SSPX following the meeting of major superiors in Anzere (Valais),
To
vidkopodrzaj@yahoo.com
Today at 3:04 PM
WordPress.com
Več o tem »
Avtor MAŠNIK PODRŽAJ ob 07:35

You know something is really going wrong in the Vatican when The World Over and The Remnant Forum are in lockstep agreement that something must be done. Michael Matt and Christopher Ferrara react to the growing sense of outrage over the disturbing antics and ongoing scandalous behavior of Pope Francis.
Več o tem »
Avtor MAŠNIK PODRŽAJ ob 07:30