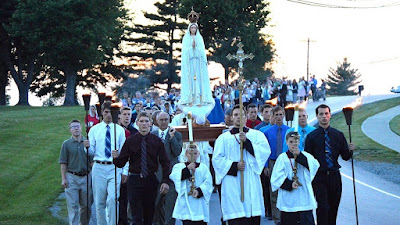 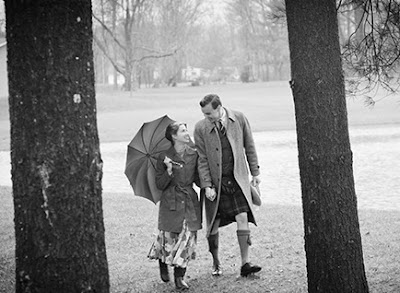 URGENT - Bergoglian Persecution Begins: Priest is Suspended a divinis in Colombia for criticizing the new papal doctrine on Marriage and the Eucharist The document is provided by Rorate's Spanish-language partners "Adelante la Fe" -- and the news is explosive. A priest in the Diocese of Pereira, Colombia, was admonished and suspended by his Bishop because he criticized in public the new doctrine invented by Pope Francis on Marriage and the reception of the Blessed Sacrament.* Father Luis Alberto Uribe Medina is the victim of this startling act by his bishop, Rigoberto Corredor. Full document in our own translation below: DECREE no.1977 Of January 16, 2017 By which a priest is suspended THE BISHOP OF PEREIRA - See more at: http://rorate-caeli.blogspot.com/#sthash.V8C3y9aL.dpuf
Avtor MAŠNIK PODRŽAJ ob 05:40


Critics of the Douay-Rheims Bible argue that the DR was primarily the work of one man, St. Jerome, and that no single scholar-not even a saint and Doctor of the Church-could produce as good a translation as teams of modern scholars who have access to many manuscripts that were not available to St. Jerome, as well as knowledge gained from archaeology and other areas of knowledge that St. Jerome did not possess. This criticism will not hold up under close examination, however. In the first place, although the DR is a literal interpretation of St. Jerome's Vulgate, it would be wrong to imagine that St. Jerome produced the Vulgate without regard to the work of the scribes and editors who preceded him. Moreover, St. Jerome was fluent in Latin, Hebrew and Greek, at a time when the texts of the New Testament were more recent to him than the works of Shakespeare are to us today. After careful study, the learned translators of St. Jerome's Vulgate into the Douay-Rheims English version concluded that the Vulgate was actually superior to most of the Greek and Hebrew texts available to them because of the errors that had crept into them over the more than a thousand years that had elapsed since St. Jerome had produced his translation at the behest of Pope St. Damasus I.

Damsel of the Faith & Knight of Tradition <comment-reply@wordpress.com> damselofthefaith posted: " https://www.catholicculture.org/news/headlines/index.cfm?storyid=30472 The driving force behind allowing the divorced and remarried to Holy Communion is the belief that it is impossible to keep the Commandments of God, especially the 6th Commandment, t" Respond to this post by replying above this line New post on Damsel of the Faith & Knight of Tradition Impossible to keep the 6th Commandment of God by damselofthefaith https://www.catholicculture.org/news/headlines/index.cfm?story
To
vidkopodrzaj@yahoo.com
Jan 19 at 1:25 PM
WordPress.com
Več o tem »
Avtor MAŠNIK PODRŽAJ ob 02:00

There was a marriage made in Cana of Galilee: and the mother of Jesus was there. And Jesus  also was called, and His Disciples to the marriage.

It is no small passing thing that Our Blessed Lord chose the Marriage at Cana to perform His first public miracle, at which St. John tells us, "He manifested His glory, and His Disciples believed in Him" (St. John 2:11). It is, given the current attacks on marriage, an opportune time to teach about the great and holy Sacrament of Matrimony.

In the past, society has viewed religion and science to be two opposing forces. Fortunately, we’re learning they actually compliment each other and are becoming one, proving each other right. In fact, many religious scholars utilize scientific analysis to support evidence of biblical facts, like when researchers gathered to the Red Sea.


The Red Sea is a massive body of water once parted by Moses so that the Israelites could safely escape the Egyptian army.

Once the Israelites crossed to safety the sea crashed upon the Egyptians. Leaving their artifacts to be found at the bottom of the Red Sea and providing undeniable proof that the Hand of God was at work. Diving down to the ocean floor they find Egyptian artifacts. Scuba-divers find chariots, wheels, horse remains, and human bones laying at the bottom of the sea floor following along the same path Moses took.
Interesting enough the chariot wheels found in the sea contained either four or six spokes, congruent with the structure of Egyptian chariot wheels during the time period in which the parting of the Red Sea took place. If that is not enough evidence, shrunken horse hooves have also been found, despite the fact that horses do not live in the Sinai Peninsula these days in modern times. Take a look at the video below to see this in detail.


The scientific evidence is undeniable—the parting of the Red Sea, as told by the Bible, is 100 percent fact. These discoveries provide proof of the existence of a loving and almighty God.

King St. Louis IX
"Where men are forbidden to honour a king they honour millionaires, athletes, or film-stars instead: even famous prostitutes or gangsters. For spiritual nature, like bodily nature, will be served; deny it food and it will gobble poison." - C.S. Lewis
Več o tem »
Avtor MAŠNIK PODRŽAJ ob 03:36

1.  Pope Francis’ meeting with President Santos and former President Uribe at the Vatican on Friday, December 17, 2016, to talk about the so-called “peace” agreement with the bloodthirsty FARC guerrillas was both surprising and most risky.
2.  A surprise summit, at least for ex-president Uribe, who stated he was summoned at the last minute with a call from a senior Vatican diplomat. No tickets to Rome were available at such short notice, a problem solved almost “miraculously” by some friends. Even so, Uribe barely had time to pack his bags and board the plane to Rome.
3.  For Vatican diplomacy, this is a risky gamble because, as can be seen from the press release issued by the Holy See press office Francis’ “support” for the so-called “peace process” with the FARC is all too clear. The pontiff emphasized “the importance of the meeting,” of “unity,” “reconciliation” and “education to forgive,” all of which sounded almost as an upbraiding and reprobation of former President Uribe and the majority of Colombians who had just rejected that “process” in a recent referendum.

4.  We are not, as yet, privy to the inner workings of this risky move by Vatican diplomacy to pressure the consciences of Colombians to favor the semi-stalled agreement with the FARC. What is known is the current pontificate’s clearly pro-leftist stance at the political level, including what it says about communist Cuba, which has been documented in many leading international publications. Thus, this intervention by Francis in Colombian affairs can hardly be seen or interpreted outside that pro-leftist context.
5.  The delicate question that arises is can the Colombian Catholics who voted against the so-called peace agreements with the narco-guerrillas, in good conscience, disagree and oppose what clearly appears to be pressure from the pontiff. The answer is yes. Indeed, the pope is not infallible in political and diplomatic matters. Therefore, one can disagree with him in a respectful and well-founded manner, exercising a legitimate moral and principled resistance. Uribe himself addressed Pope Francis frankly: “You cannot impose all this on us, Your Holiness.”

The triumph of the Immaculate Heart will result as an act of providence, for the beginning of the Age of Mary, where she will be exalted and glorified by all mankind, who will each and every one become a fervent Catholic. Then will she have completed what she was sent by God to this Earth to do - show herself as our loving Mother, pleading for souls, so as to save us from the pit of hell and take us to the glory of Heaven. Please God, let this restoration happen soon.
"According to my reading of history, the epochs in which Faith is the strongest, piety the most robust, and the church wins her grandest victories, whether in individuals or in nations, are precisely those in which devotion to Our Lady, or the worship of her virtue, is the most diffused, the most vigorous and flourishing."  ~Dr. Orestes Browning
~Damsel of the Faith
Avtor MAŠNIK PODRŽAJ ob 02:10

An encrusted teddy bear from the Petrifying Well at Knaresborough, Yorkshire.
I was surprised to read recently that small teddy bears placed under a waterfall in Yorkshire ‘turned to stone’ in three to five months. After all, I had been told by my geology lecturers at university that stalactites and stalagmites take many thousands of years to form, so how could teddy bears petrify so quickly? So, I decided to investigate these claims and take a trip to Knaresborough, a town some 21 km (13 miles) west of York, England.
When I saw the stone teddy bears hanging under the waterfall, along with clothes, top hats, shoes, trainers and even an umbrella, I realized that I was observing an amazing geological spectacle. I couldn’t resist adding [one of our creationist] neckties to the line-up.
The so-called Petrifying Well at Knaresborough has been a tourist attraction since 1630. Its water originates underground and has a high mineral content. As the water splashes onto the hanging objects, the mineral calcite (calcium carbonate) is deposited along with small amounts of other minerals. Gradually, these deposits build up and coat the object with a crust of rock.
The time needed for petrification depends on the size and porosity of the object. Small teddy bears take between three and five months. Larger porous items (large teddy bears and clothing) take six to 12 months. Non-porous items such as a top hat or a fireman’s helmet can take up to 18 months to be encased in stone.

Although we did not publish a book specifically on marriage, the book Courtesy Calls Again (151 pages) has four of its seven chapters (more than 100 pages) addressing practical suggestions for the married life in the relationships between husband and wife, father and children, mother and children, how the family should behave at the table and the best way to conduct a good conversation at home. Certainly these ideas can make the marriage life much easier and happier. 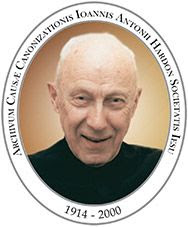 A Spiritual Bouquet for Bishop Fellay

District of the USA


We humbly request your prayers for the Superior General - both for the repose of his father, as well as his own consolation.
Within the past 15 months, Bishop Bernard Fellay, Superior General of the SSPX, has lost both his mother and his father.
The District Superior of the United States, Fr. Jurgen Wegner, has asked for participation in a spiritual bouquet, which he will present to His Excellency in the coming weeks.
In your charity, please be prayerfully generous for the repose of both Mr. Guy Fellay, while remembering his wife, Françoise who preceeded him in September 2015.
And while the bishop always is in need of our prayers due to the immense responsibility of his duties, he will undoubtedly be grateful for the consolation which our prayers will surely provide.
Participate in the Spiritual Bouquet 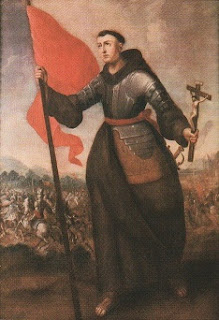 On October 2016, St. Patrick's Church in Brisbane, Australia was the stage for a sacrilegous ballet and a fashion show. Today we will focus on the ballet, next Sunday on the show.

The ballet was meant to represent the temptation of Eve and to express how women's freedom was restricted as a consequence of the "mythological biblical story." Such repression would be a horror: hence, the title of the event: Quelle Horreur (What a Horror).

The Archbishop of Brisbane, Mark Coleridge, gave permission for that obscene performance and publicly supported it when a complaint was addressed to him. He alleged that, since the Blessed Sacrament had been removed, there was nothing to complaim about in the play...